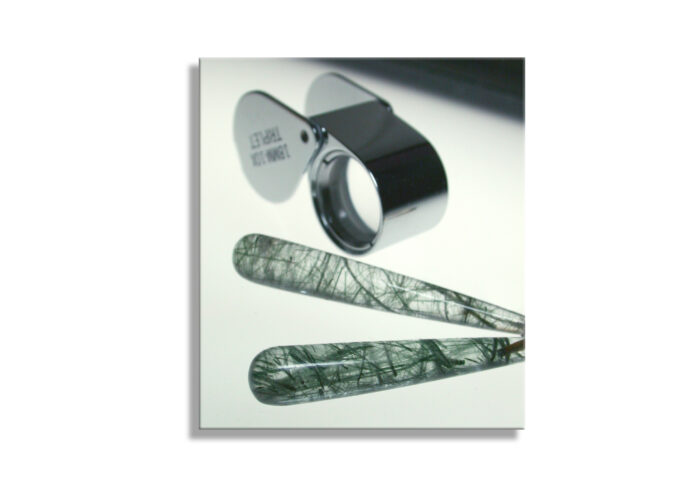 It was my first trip to the Tucson gems and minerals shows. Like many who venture into Tucson the first week of February, it was completely overwhelming. And amazing.

But I will never forget the booth of Bill Heher. Every square inch of his showcases had me mesmerized. “What is that?” I must have blurted that out at least a dozen times before we were officially introduced. What admired me the most was his excitement about what he was showing me. He was just as excited as I was in finding out what it was!

I fell in love with the science of gemology at GIA the year before. And while we had seen quite a few gems during the Graduate Gemology program, I had never seen anything like these! From that moment on, I was definitely hooked.

I found his quest for unusual gem materials infectious.

That was Bill Heher, of Rare Earth Mining Company, in Trumbull, Connecticut. Bill recently passed away at the age of 72. Here is a wonderful tribute to Bill in National Jeweler Magazine – TRIBUTE

One of my first, if not the first, important Tucson gem shows purchases was from Rare Earth Mining. It is this slice from an amethyst log, an opaque to transparent amethyst stalactite slice measuring 13+ cm x 15+ cm.

Years later (many years later) I was with my wife and young daughter at a local Exton, Pennsylvania gem and mineral show, sponsored by the Tuscarora Gem and Mineral club, and there he was. I made introductions and Bill immediately reached into the display case and brought out a box filled with dozens of polished rutilated quartz. In true Bill fashion, he held the box in front of our daughter and said “pick one!” He then quickly looked over at me and said, “no helping.” 🙂

After passing up several rutilated stars to my dismay, she chose a piece. It had just three needles. I looked at Bill with eyebrows raised. He looked back at me with that grin I’ll never forget. I shrugged my shoulders, and all enjoyed the moment. I then purchased a pair of actinolite in quartz drops.

Bill and I would see each other almost every Tucson show and at a few Tuscarora shows. He will be sorely missed. Bill will always hold a special place in our memories. Finding Bill was a true Tucson Treasure.

Gary Roskin - October 26, 2022 0
By THE IRRAWADDY, 22 October 2022 For the first time, the Myanmar military regime has invited Russian traders to a jade and gems emporium in Naypyitaw, as...

Get Ready for a Record-Breaking Natural Diamond Auction Season