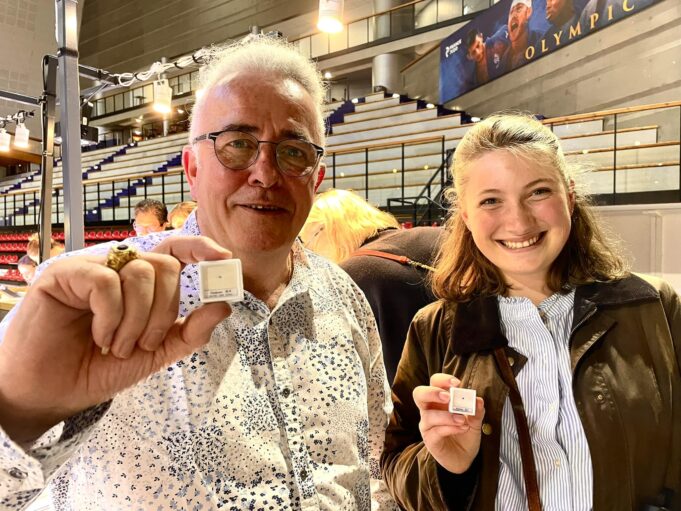 “It looks completely unbelievable,” says Nicolas Zylberman, gemologist, gemological historian, and recent exhibitor at a local Parisian gem & mineral show. “But today, in this bicentenary year, I had the privilege to receive at my booth in Paris’ Marilou gem show, this young client who stopped for my rare haüynes.”

Haüyne (also known as haüynite), is a rare gem material, with best quality known to come from Germany, was named for the French mineralogist and crystallographer, R. J. Haüy (1743-1822). Haüynite is a tectosilicate mineral member of the Sodalite group, and usually appears very small, and very saturated vivid blue.

“Having seen the joy that filled her, I asked her what was the reason.” The young lady had seen something in Zylberman’s showcase. “She told me that she had been looking for a haüyne for a long time.” Why was she looking for this rare gem? What Zylberman soon found out was that her family name is Haüy. “Madame Haüy is the great, great, great, great, granddaughter of Valentin Haüy, the brother of our great René Just Haüy!”